Smart Recycling and Smart Pallets operate from the Waste Converters site in Dandenong South. The businesses are owned by Ward Petherbridge. Ward’s father Geoff Petherbridge bought the site in 1982. At the time it was operating as a solid inert waste tip and sand pit.

After time spent living in Europe and studying environmental science, Ward joined his father’s business in 1995 with a vision to turn the facility into a recycling business.

Today four businesses, that annually divert over 50,000 tonnes of waste from landfill annually, operate from the Waste Converters site:

EcoCrush – Producers of recycled crushed concrete and brick aggregates for the construction industry. 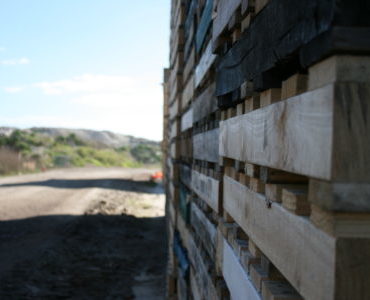 Dandenong South is power by solar

No matter what type of pallet you require, you’ll find it at Smart Pallets. Companies based in Melbourne and regional Victoria wanting further information about our durable, heat treated and cheap pallets in Melbourne can get in touch with us for friendly advice and assistance.

Fill Out The Form